In December of 2018, Weston Police Department introduced a K-9 unit to the department. Officer Rizzitello and his new partner, Knox, graduated from the Boston Police K-9 Academy.

Knox, named for Colonel Henry Knox and his "noble train of artillery" during the Revolutionary War, is a black German shepherd from Czechoslovakia. He is trained in the art of tracking and is also part of the Northeastern Massachusetts Law Enforcement Council K-9 Unit.

Weston Police received a grant from the state to secure the dog, training, food and necessities, and outfitting the police cruiser and officer's home. 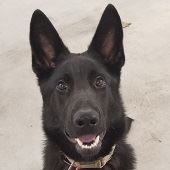