The Glen Road Historic District retains its integrity of design, location, setting, materials, workmanship, feeling and association and fulfills criteria A and C of the National Register at the local level.

Criteria A
Under Criteria A, the Glen Road Historic District illustrates three themes common in Weston:
What is unusual about this area is that all 3 of these historical uses are linked to the history of one farm family - the Jennings - and their vision for their land over the course of more than 100 years of ownership. 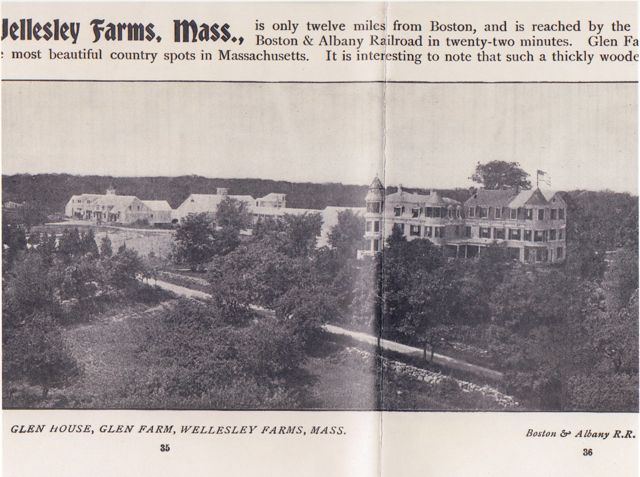 Jennings Brothers
At the turn of the century, 2 Jennings brothers, Edward and Willard, ran dairy and market gardening operations in the district. Seeking new sources of income, one brother established a summer resort and the other began subdividing his farmland and developing middle-class houses built by his son. So great was the influence of the family that some Weston residents referred to the area as Jenningsville.

Criteria C
Under Criteria C, the Glen Road Historic District contains a diverse collection of architecturally notable buildings set along one of Weston’s early scenic roads. The district includes a 1732 Colonial farmhouse, one of the earliest in Weston, as well as an early 19th century Federal farmhouse. It also encompasses all the houses developed by the Jennings family during the 1910s and 1920s.

House Size & Structure
These houses are similar in size, style and setback, giving the area its unified, cohesive feeling and demonstrating one type of community development pattern. Although most of the houses in the district date before 1930, some were built after World War II on empty lots or as replacement structures. The period of significance spans from 1732, the date of the earliest house, to 1956, the 50-year cut-off date.
Government Websites by CivicPlus®
[]